Jason came by today to pick up and repair my pressure washer. Nothing unusual about that, right? However, as he was loading it onto his truck, he asked if I would listen to a simple testimony God gave him recently.


When Jason helped with Vacation Bible School last month, he expressed to a gardener friend the desire to have a fresh picked off the vine tomato so he could immediately make a sandwich and eat it. He had fixed and eaten so many of those sandwiches as a boy that he had grown tried of them then. Now years later, he was missing that great taste of home. The friend offered Jason the opportunity to come by and pick from his plants. The two friends agreed to get together later. Jason planned on having his bread, mayo with some salt and pepper in his truck cab before he arrived at his friend’s garden so the experience would be just like it used to be as a child. But God made different plans after listening to Jason’s desire.

Several days later, while Jason drove along his driveway, he noticed a small tomato plant growing at the end. He started thinking how could this be? He had tried numerous times to grow tomato plants on the back side of his property without success. And where did the seed come from? When he got out and investigated, he soon realized the tomato plant was there because God was the gardener. The ground was so hard that when he tried to stake it up, the thin metal stake kept breaking off. Then, when Jason tried to water it with added Miracle Grow, the Lord spoke,

“Leave it alone, I planted it and I will take care of it.
If you mess with it, it will kill it.”

So Jason has left it alone.

This knee-high plant already has multiple blooms and small tomatoes. Jason’s anticipation is mounting as he passes that tomato plant daily. He says he knows it will be the best tomato ever because it is straight from God Himself. And that smile on Jason’s face as he tells this simple testimony…well, it’s a mile wide.

Before telling me this story, Jason expressed shyly that he doesn’t feel special. I have a feeling that at times Jason may look at his present circumstances and conclude that because his life doesn’t ‘look successful’ it is not. He works hard to provide for himself and his family with not much to show for his efforts. But God knows how special Jason is and right where he lives. God knows what He wants to accomplish through Jason’s life as well. And what is that?  God wants Jason to proclaim all the simple testimonies of love and faithfulness He provides throughout Jason’s life. In return, God has promised Jason His protection and provisions. And even though others may deem Jason unsuccessful and insufficient because of outward appearances, God says:

“Don’t look at what you see with your natural eyes Jason
but look to Me for all you need.
And Son, keep on talking, I got ya covered.”

Jason’s simple act of faith to tell others will wind up touching many more lives then he could ever imagine. And so it will be with us when we decide to step out in faith and tell our simple stories of God’s love and faithfulness too. I have a story picked out already. What about you?

After I wrote this out, I went and looked up the name Jason and its meaning: 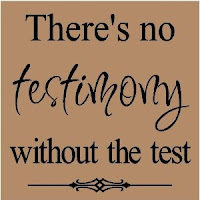 Luke 6:45  A good man out of the good treasures of his heart brings forth good . . . For out of the abundance of the heart his mouth speaks.