As you know, today is St. Patrick’s Day. It is not about the shamrocks, leprechauns, and wearing green. That’s the world’s version. Today is really about the people of Ireland and others around the world remembering and celebrating the life of a man who brought Christianity to the country of Ireland. Some of you may not be aware of St. Patrick’s life story and how he was called to bring the gospel to this hostile frontier. 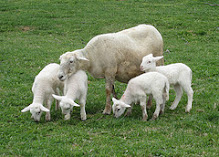 St. Patrick was born in Britain to a Roman Catholic family near the 4th century. His grandfather was a priest back when priest could marry and his father was a deacon as well as an official in the government. St. Patrick was raised in a wealthy religious family but St Patrick himself didn’t take any interest in God or the church.

Suddenly at the age of 16, he was kidnapped by Irish raiders and carried back to Ireland as a slave. The conditions and behavior of the people there were barbaric. Patrick was thrust into the countryside to be a shepherd and threatened if he lost a sheep. Patrick had no idea about sheep or what to do if a wolf attacked. In addition, his captors nearly starved him to death in the process. This experience became eye opening for Patrick when he realized there was no escape. I’m sure he was devastated and questioned everything from why is this happening to him to wishing he had listened and developed his relationship with God when his family tried to train me. Nevertheless, at his greatest time of need, Patrick did cry out to God with an open repentant heart in his time of need and God answered him with mercy, grace, and strength to survive and overcome all the obstacles Patrick faced. In time, even though Patrick was still a slave, he and the Lord had become truly one in thought, word and deed. Blame was gone and peace with God had come.

Then, just as suddenly, after six years, of servitude, God spoke to Patrick in a dream and told him to get up and go. There would be a boat waiting on him. Although fearful, Patrick got up and obeyed God. He made the two hundred mile journey not knowing if he would be captured again. And when he got to the water, there was a boat waiting on him as God had promised. In time, Patrick made it back home safely. Even though he loved his family and time of rest, Patrick was not the same person as when he left. God was calling him to the priesthood. Once again Patrick trusted and obeyed the call of God. He spent the next 20 or so years being spiritually trained and ended up becoming a bishop. 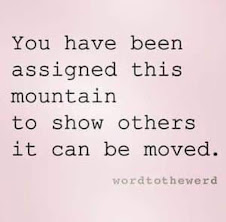 Then another suddenly happened. Now that Patrick had been thoroughly trained in the word of God and spiritual matters, God asked Patrick to go back to Ireland to bring the Gospel to his former captors, the barbarians of Ireland. He was advised not to go but Patrick never forgot his captors. He knew that he had found God in Ireland through the things that he had suffered and wanted desperately for them to know and experience God‘s love and truth too. Patrick knew in his heart that God had trained him for this missionary journey from the beginning of His captivity at 16 until now, and he would choose to be obedient to God’s call. And because of Patrick’s obedience and the obedience of countless others, God’s salvation and miraculous power spread through out all of Ireland.

Now, St. Patrick’s life story is quite inspiring. However, late Sunday night, God began to reveal His desires for the devotional as well. After all, I had prayed for His input days before.

As I just said, God’s first inspiration came late Sunday night. I was relaxing before bed watching the latest Brenda Gantt’s video. Yes the biscuit queen herself had made and shared her video of her St Patrick’s Day meal from earlier that morning. In the mist of chopping onions of all things she said:

“If you are a believer, you are a saint. We are called the saints of God. So St. Patrick wasn’t the only saint. I don’t feel like a saint but that is what scripture says...we are saints of God.”

Soon after, the second inspiration came when I heard God ask:

So obediently, I went looking for the definition of what a saint is.

In Christianity, the word "saint" refers to any person who is "in Christ", and in whom Christ dwells, whether in Heaven or in earth. It is a person who is set apart or separated unto God for holy service.

So in other words, a saint is someone who has received Christ as their Savior and been cleansed of all their sins. Afterwards, a saint seeks to do the will of the Heavenly Father throughout their life. It is not about what we do but whose we have become.

So Brenda Gantt was right about all believers being saints. But like Miss Brenda, many may say they are saints but they don’t feel like it because many think the definition of a saint is someone who is a lot closer to perfect then they could ever hope to be. Some believers will not even admit to being a saint at all. In all of this, what we need to remember is that just because we may not ‘feel like a saint’ doesn’t mean we aren’t one. God’s Word is Truth. Being a saint is not based on ‘a feeling’ but on our position in Christ. It is not about how sinful we may or may not ‘feel’ on a daily basis. It is about what Christ has done for us to rid us of all our sin even our daily pesky sins through HIs blood and sacrifice on the cross.

The scripture in 2 Corinthians 5:17 says:

“If any man be in Christ,

he is a new creation: old things are passed away;

behold, all things are become new.”

And God’s question about when Patrick became a saint?

Patrick received his salvation and became a saint somewhere in the pastures of Ireland after he was kidnapped at the age of 16. Because of what he suffered, Patrick’s crusty heart softened and became new with the love and care of Christ. After his conversion, St. Patrick followed Christ with virtue and faithfulness the rest of his life. 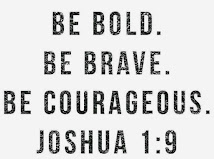 We all have a calling as the saints of God to be ministers of reconciliation in our own sphere of influence too. When we received Christ and were sealed by the Holy Spirit, we then received the power of the Holy Spirit to do the work of the ministry. We may not suffer as St. Patrick did but we will all see suffering if we proclaim the Gospel of Christ in its fullness as Christ desires.

In closing, I challenge each of you today to remember those saints like St Patrick and others you have known personally who have gone before you to proclaim the faith. Learn from their example and cherish their contribution. Then, my friends...go out into the sphere of influence God has assigned you. As St. Patrick, continue to do your part with virtue and faithfulness too!