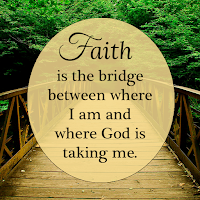 The old car needed to many repairs! As Melinda prayed about the situation, her mind wandered back to an old Cadillac that had been given to her second hand years before. She smiled as she thought about that light blue beauty being the perfect car. It was a little worn but still roomy and luxurious inside. For her, it wasn’t just something that carried her from place to place but she felt special and set apart. Her meager circumstances seem to melt away as she dreamed of greatness for a time to come. Oh how my heart would sing if I could have that feeling again, she thought. Then, reality began to creep in again. I really need an economy car not a big luxury car; she contemplated with a sigh, a small one that gets good gas mileage. And with those thoughts securely in place, Melinda began her Internet search of the near by dealerships.

After a prayer, Melinda began to look for a car at the three local dealerships; she found it didn’t take long before the car hunt became frustrating.  She looked earnestly and honestly for one economy version after another but there were none she could afford or get excited about…none that made her feel like she wanted to take them home for a long time. Annoyed she began to pray again. 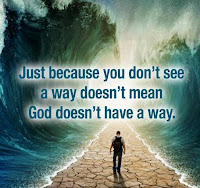 Then…she got a tip.

“Go to Moore’s.” the salesman at the Ford dealership said, “They may have what you want and they’ll make you an honest deal.”

Feeling like the Holy Spirit was leading her, Melinda decided to
try it out. What could she lose and she was running out of options.

As Melinda surveyed the car lot at Moore’s, her eyes seem to gravitate towards a black 2005 Lexus SUV. “I don’t think I can afford that Lord!” she assumed. Nevertheless, she looked inside and a smile came over her face. This car has more luxury then the Cadillac and it was roomy too. I could get excited about taking this car home Lord, she mused. 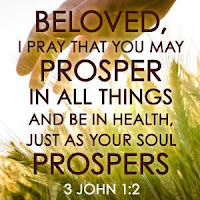 Was God providing Melinda with something she desired instead of having to settle for the car she thought she needed? Turns out, that is exactly what God was doing as He lead her by faith to negotiate the details over the next few days. For Melinda, this car was God doing something extra special for her, something far beyond what she had imagined he would do for her. She felt abundantly blessed and now continues to praise God for His generosity.

What is your need and deepest desire? Our Heavenly Father is waiting for us to focus on Him as we put those needs and desires into His loving hands. He is a good God and wants to bless us with good gifts. God not only wants to answer our requests but at times go beyond what we have asked for to what He knows we really desire. Go ahead…think big!

Now to Him who is able to do far more abundantly beyond all that we ask or think according to the power that works with us.

Email ThisBlogThis!Share to TwitterShare to FacebookShare to Pinterest
Labels: 3 John 1:2, desires of the heart, Ephesians 3:20, faith, Joy in the Morning, Mary Jane Downs