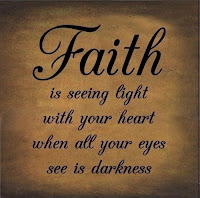 In December of 2015, I ended a relationship that was basically built upon lies, not mine but his. When God showed me how all the pieces would fit together, I was shocked at how ugly the picture was going to turn out. And so I walked away…and when I did, I felt like the life of faith and creativity that I had once known was being sucked out of me and in its place, a stronghold of fear. What I wanted so badly had turned into a nightmare, a mental battle for my character, my authority and my peace of mind.

For almost nine months, the enemy of my soul flooded my mind with so much negative criticism that it was hard to combat the depression. I had a hard time reading the Bible and listening to Christian music because I felt condemn not only for what had just happened but then the enemy headed for my past insecurities as well. Now, I know condemnation is not from God (Romans 8:1) but I felt powerless with the heavy on slot of accusations. Just because you know what to do doesn’t make it easy to do it in a time of pressing trouble. I tried speaking and reading the Word out loud. Claiming the promises. However, whatever I did, my ‘believe’ was not there and so my faith was cut short. It looked like life had forever changed and with little hope, I was going downhill fast. However, I felt compelled to keep going forward to fight the good fight of faith with the little hope that I had until I regained my lost mental territory.

During all this time, the Lord was relentlessly faithful to me through the love and faithfulness of family, friends and church. Also, I saw 10 10 everywhere which to me could only mean one thing.

The thief comes only to steal and kill and destroy;
I came that they may have life, and [a]have it abundantly
John 10:10
Then there was the word He gave to me personally as the healing had barely begun.

You are my darling wife to be. I had to come rescue you. I love you, appreciate you, and adore you. I did not want you to be swallowed up by your circumstances. Come follow Me back to health, both physically and spiritually. See what I can do in a short period of time. You are not alone neither have I forsaken you. You have wanted to quit but I won’t let you. You are my precious child who I want to help. Yes, you lost your way, but I grabbed you by the hand and rescued you and have put you on solid ground. Seek me Mary Jane. Trust that I will bring you through. I know you are afraid right now and I have my loving arms around you. You are not alone. Follow Me, Mary Jane, follow Me.

With all the affirmations and confirmations, the enemy sought even more desperately to destroy me and my relationship with the Lord. 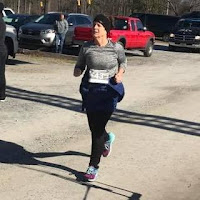 When my prayers changed from “Oh God, help me!!!” to intensionally praying for others and praying the opposite to whatever the enemy was telling me, my mind slowly began to respond. I knew then that I had broken down a line of the enemy’s defense. God was doing His part. Now I needed to do mine.

Afterwards, I heard the Lord say, “You have got to get out and walk.” As much as I wanted to stay sheltered, I knew I had to listen to His directions. In late October 2016 after walking for about six weeks, I started seeing major release from the enemy’s mind control. I was gaining confidence and courage to resist all the lies. It still was not easy but I was determined.

Since my mind was beginning to clear from the negative thoughts, I started to see my positive creative imagination began to peep out. Oh, how I had longed for my writing to spring forth again.  The Lord was right. Being out in nature was helping me to heal.

Lastly, I felt the Lord say, Running your race will give you endurance,” so that’s what I did. I started running some and then some more. Each week or so I would increase my running a little bit more.  And each and every week I was gaining back my mental strength. In November of 2016, I entered my first 5K at South Mountain Christian Camp. As I crossed the finish line to win 2nd place in my age group, I knew I was well on my way to being myself again.

As of today, I have racked up many 5Ks, a couple of 10Ks, with my latest goal of a half marathon coming up in three weeks. My main goal there is to finish within the allotted time. Pretty good for an out of shape 61-year old beginner, don’t you think? Do I love to run now? No, I can’t say that I do but I love where it is taking me and that keeps me joyfully putting one foot in front of the other as fast as a can.

PRASIE BE TO GOD FOR HIS WONDERFUL FAITHFULNESS!

Are you going through a mentally tough time right now? I know it is not easy and sometimes your fears seem like they are going to over take you. But do not lose heart. Jesus is right there with you, holding your hand too. Read the words the Lord gave me again but insert you name instead. He wants to help you overcome whatever it is you are facing. Go to Him the best way you know how. No matter what the situation is, Jesus is waiting for you to let go and let Him help you.

As I prepared for a recent 5miler race in downtown Columbia, I told the Lord I could not do this without Him. What He answered me with was a vision of me running down the street with a large angel, flying overhead. At the race, as I came around the corner to run the last quarter mile, my earlier vision came to life. The two scenes were exactly the same. I knew without a shadow of doubt that a large angel was flying overhead cheering me on.
Posted by Mary Jane at 6:28 PM